Yalıncak is situated 1.8 km. north of Ahlatlıbel on the slopes of a mountain. This site became known in scientific circles in 1880 after the discovery of a lion relief carved in "Ankara Stone". The relief had been incorporated into a fountain in the village and later transferred to the Museum of Anatolian Civilazations in 1941. With the wide range of support by Mr. Kemal Kurdaş, then Rector of Middle East Technical University, it became possible to bring to light a part of the archaeological remains which were damaged due to the growth of the modern settlement in Yalıncak. 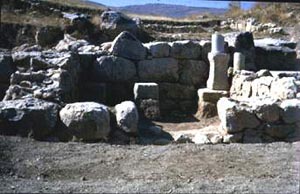 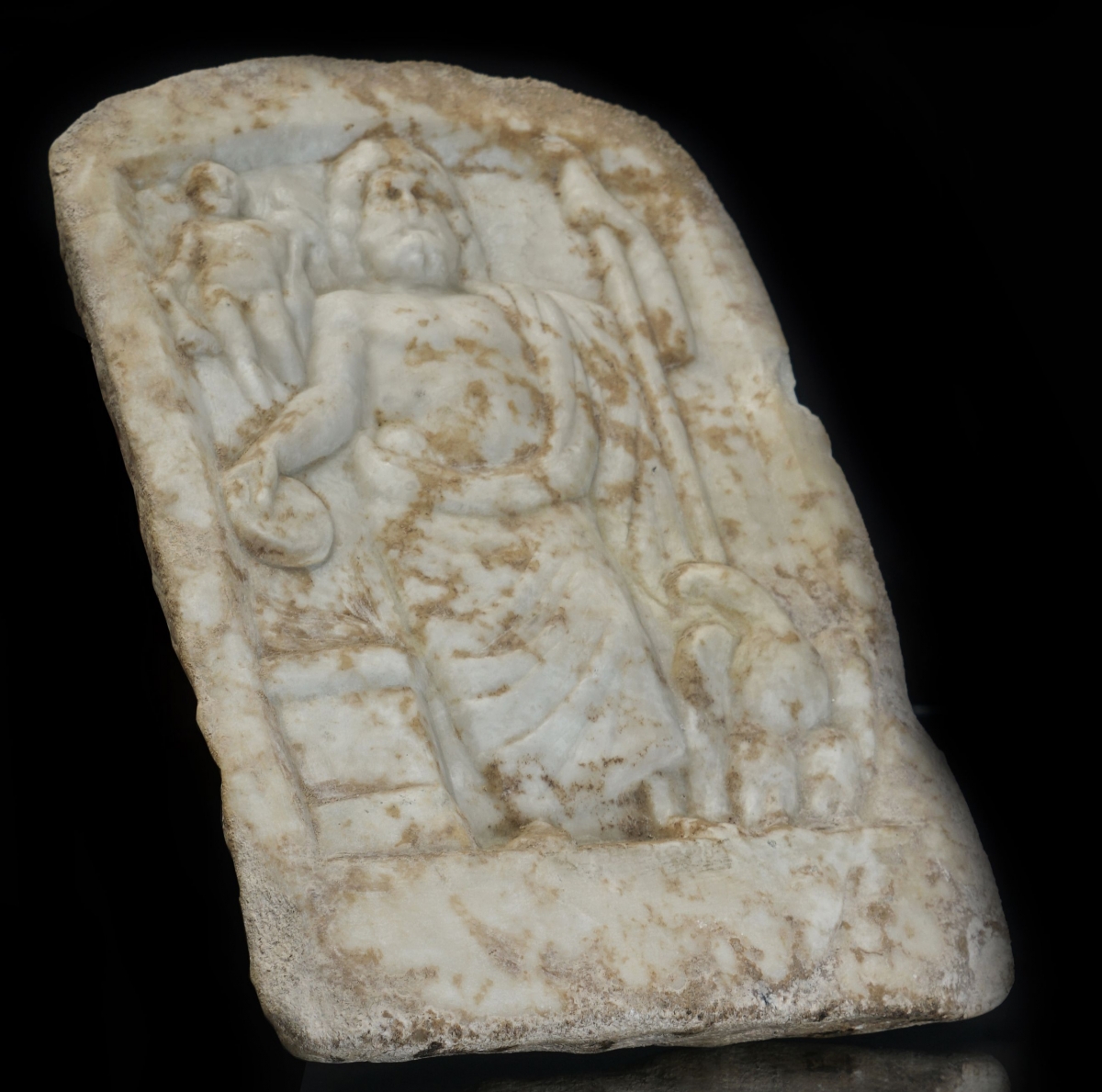 Since the University had no specialists of the field during the years between 1962-1964, the excavations were carried out by the cooperation of specialists from the Museum of Anatolian Civilazations. The head of the excavations in 1962-1964 was Mr. Burhan Tezcan while the excavation season of 1965-66 was conducted under the directorship of Prof.Dr. Cevdet Bayburtluoğlu and Prof.Dr. Sevim Buluç.

Yalıncak was continously inhabited from the late Phrygian period -6th century B.C.- onwards. The information obtained from the Galatian-Roman level at Yalıncak has contributed much to the state of archaeology in Anatolia. The chronology of Yalıncak is best understood from the evidence of potsherds, lamps and coins.

The buildings are rectangular with two or three rooms and built side by side on a hill. Due to the slope, houses were reached by one or two steps from the doors which had stone thresholds. In the walls, thresholds, floors and rooms marble architectural elements from previous habitations were re-used. Built during the Byzantine period, the site continued to be inhabited until the early Ottoman period according to the evidence of small finds and coins.

On the upper level of the hill, to the west of the buildings, an enclosed area (54 m. x 65 m.) by a perimeter wall of polygonal masonry with large blocks of local limestone was discovered. At some points, the wall rested on bedrock. Archaeological remains, such as a Cybele statue re-used in the door threshold, clay figurines of horses and a marble Zeus relief found in the passages and walls of the fortification terrace and the base of the tower indicate that these buildings were in use until the end of the Roman period. 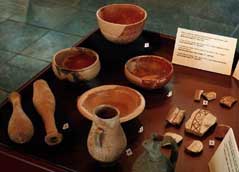 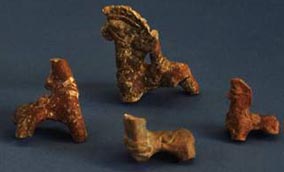 Among the notable finds were a key whose top and bottom parts were made of bronze and iron respectively with the middle part decorated with lion heads, as well as two Ionic column capitals still preserving some traces of red paint. Both finds were found in an auxiliary small room next to the tower at sector B. Apart from the finds in the 2-3 roomed structures, six column bases were discovered in a larger building with courtyard and two colonnades. Of the three coins found in the ground level of this building, one belongs to Avrelianus (270-275 AD), the other to Maximianus (248-308 AD) and the third to Constantinus (306-337 AD). In addition, the design on a coin from Apameia (133-48 BC) found in the Hellenistic level of the building at Sector E, is worthy of note. On the obverse it is possible to discern the figure of the goddess Athena while on the reverse, a flying eagle was placed on a meander motive together with the inscription of Apameion.

The necropolis of Yalıncak was discovered behind the main fountain of the village. In the eight sarcophagi recovered (one belonging to a child) two glass bracelets, presumably burial gifts, were found.

Finds recovered from Yalıncak excavations are currently being exhibited at METU Archaeological Museum. 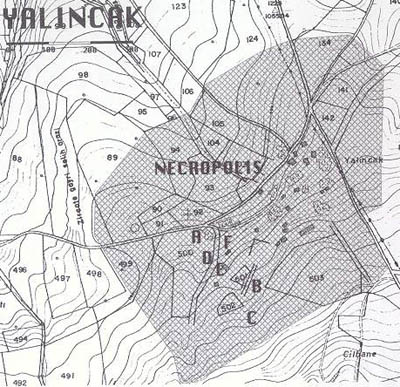