An Archaic sanctuary near Emecik village in Datça Peninsula, Muğla was excavated by Prof. Dr. Numan Tuna with the collaboration of Assoc. Prof. Dietrich Berges since 1998. The excavations at the sanctuary concentrated on the Upper Terrace, the Hellenistic monumental structure, and the Lower Terrace. On the Upper Terrace the work was carried out in order to understand the source for the Doric elements visible on the surface. The excavations revealed an Early Byzantine church on the Upper Terrace in 1998. The church is 20.3m long, 14m wide, and has a tripartite basilica plan. The second main objective of the excavations has been to excavate the Hellenistic monumental structure, the southern section of which was completely cleared in 1998, to its entirety. The monumental structure was understood to be a traditional example of a Doric temple and has a peripteral plan with a krepidoma of 6 by 11 column stylobate and three krepi. The Lower Terrace has been a good source in understanding the relationship between the temple and the temenos wall and the stratigraphical development at the sanctuary since its establishment.

The excavations at the Archaic sanctuary at Emecik revealed the significance of Emecik in the archaeology of the Datça Peninsula. The Lower Terrace was regularly used for ceremonial and sacrificial purposes since the Late Geometric Period and especially during the Archaic Period. The preliminary examinations surprisingly suggested that the sanctuary was abandoned during the Classical Period until it was rebuilt in the Hellenistic Period. Numerous votive objects including Phoenician and Etruscan products related the Archaic Sanctuary to the worship of Apollo. 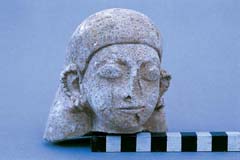 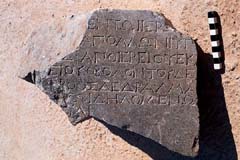 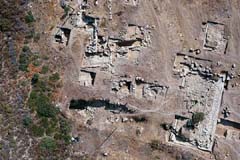