The main objectives of the project are as follows:

The project consists of a series of interventions for the rehabilitation and physical improvement of the Historical Commercial Area that has been the core of the commercial and social life of Şanlıurfa for many centuries. The main goal of the project is to preserve the historic character of the area, and to turn it into a better environment for its users, through the re-establishment of the visual integrity and improvement of the physical problems. In addition, it is expected that the project will create new sources for the restoration of historic monuments located in the area, through the increase of the tourism incomes.

The physical interventions to be realized in the area are considered in two groups:

The first group of interventions will be oriented to the improvement of the infrastructure of area, consisting of installation of electricity and communication cables under ground, renewal of the water and drainage networks, and the street pavements.

The second groups of interventions are for the improvement of public spaces. It consists of the re-arrangement of the public squares, illumination of the renewed streets, and the placement of the information and orientations boards.

In addition, meetings, publications and other visual information tools will be used for the information and orientation of the local community.

Expected Results of the Project:

The meetings with local stakeholders are mainly designed to raise the awareness of artisans -, the main target group of the project- on the cultural heritage and the tourism potential of the area. As a result, as the tourism and user potential of the area is increased by the physical improvements, they will also get more economical benefit from their activities.

Şanlıurfa Municipality, being the project partner as well as the part of target group, will also develop its technical and operational capacity on cultural project management parallel to the implementation process.

By the rehabilitation of the historic commercial area, and raising the capacity and awareness of the tradesmen, the satisfaction of the users and visitors is also expected to increase, which will lead them to spend more time in the area

The historic commercial area, eliminated from its physical problems and visual pollution, and having local and traditional features came into light, will become a major point of interest in the city of Şanlıurfa.  As a result;

The daily purchase rate, commercial potential of the area, as well as the accommodation period of tourists within the city will increase.

It will constitute a model for others willing to prepare similar projects in the area, and in the GAP region.

The area will gain prestige by the increase in the number of tourists and local people coming there. As a result, these changes will also affect the profile of local people and tourists visiting the city, and will  create new added values and employment opportunities in the city.

The increase in the cultural tourism potential of the area will encourage the restoration and re-use of the historic buildings in the area, with a certain rate of adaptation to the services of tourism (accommodation, gastronomic etc.), which will provide the sustainability of historic character of the center.

The rehabilitation of the historic commercial area will also increase the land property values in the area. By a proper management, this new situation might be utilized for creating new sources for the sustainability of the project and the preservation of the historic center in its integrity. 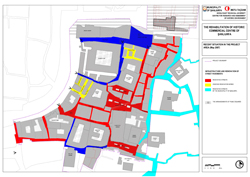 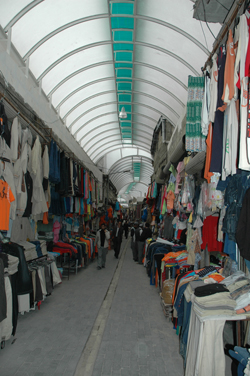 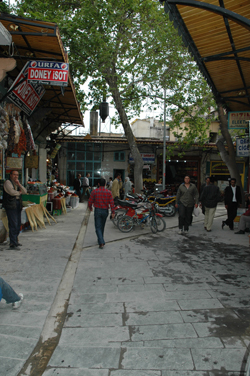 The responsibility of the views expressed on this page belongs to METU-TAÇDAM and Municipality of Şanlıurfa, do not necessarily reflect the views of the European Union